Halloween came and went with a massive Hollywood bang this year and if you haven't seen the controversial Kim Kardashian Aaliyah photos than we're sorry, but what rock do you reside under?

Kim Kardashian absolutely has absolutely rocked the boat this year when she paid homage to the late R&B superstar Aaliyah. 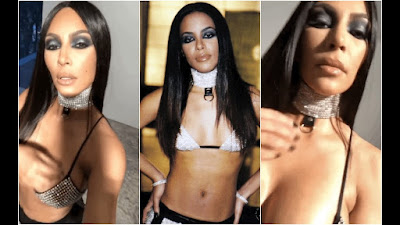 Halloween is traditionally the time of the year when people, in particularly celebrities like to push the boundaries and aim high for the best or most controversial costume.
Mrs West has not just created controversy with this look, she has created an absolute shit storm.

Us girls in the Eyes of Solotica office all had our very own opinions about this over our morning lattes however, the general consensus was, she absolutely slayed this look.

We simply don't understand why people are talking about the fact that she paid homage to a deceased person when every year there is a new Marylin Monroe impersonator or Elvis one, isn't that the same thing?

Kim K is being absolutely crucified for "mimicking" Aaliyah however, shouldn't we take a moment to understand that, most people dress as dead people for Halloween, isn't that the point? The point of Halloween is to dress as your favourite passed persona as you embody the spirit of them to haunt for the night?

It seems that maybe because it was KK who did it, it wasn't ok. Would it have been accepted if someone else dressed as her?

Whatever all the reasons for the backlash, we still think that her total look was pretty spot on, what do you think? 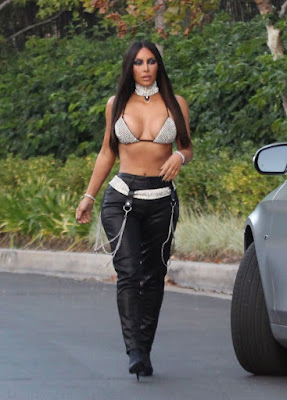